Screw caps for wine, an up and coming product - Torrent Closures
1558
post-template-default,single,single-post,postid-1558,single-format-standard,,qode-child-theme-ver-1.0.0,qode-theme-ver-16.6,qode-theme-bridge,qode_advanced_footer_responsive_1000,wpb-js-composer js-comp-ver-5.5.1,vc_responsive 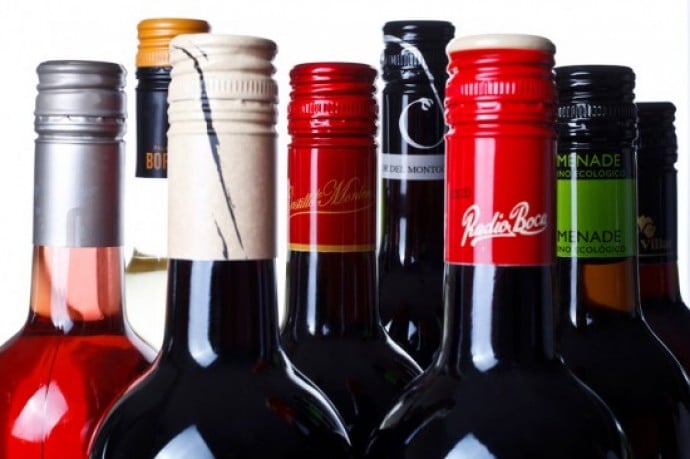 12 Feb Screw caps for wine, an up and coming product

If we look at the advantages offered by the aluminium screw cap for wine, we can see that they perform their function much better than the traditional cork. The screw cap allows a tight seal for the container, thus avoiding any contamination of the product by any smell and, incidentally, preserves the properties and nuances of the wine.

Recently, El País newspaper, in its supplement, “The Traveller”, has published an extensive article on the excellence of the screw cap for wine. It is noteworthy that many countries seal their wines with aluminium screw caps. For example, New Zealand (95%), Australia (80%), South Africa (65%) and Chile (63%). And El País thinks it’s a rising trend.

El Pais states that “the screw cap can be a good quality indicator” for wine. On the other hand, the article also states that “if the purpose of the cap is to seal the bottle as tightly as possible to avoid oxidation and contamination, maintaining the fruity aromas of the wines, the screw perfectly performs the function”.

It also points out that, “this has been done since wine was commercialized 40 years ago, initially in bottles of fortified wines, and has been extended to other beverages, evolving both technically and aesthetically”.

Nowadays, a good aluminium screw cap can offer a modern image and perfectly fulfil its purpose: avoiding the dreaded smells associated with the natural cork stopper (bouchonné), particularly TCA. However, the cork has managed to significantly reduce its impact: today it is below 10% according to “The Traveller”. The publication illustrates the report with an image, amongst others, of Torrent Group screw caps for wines.

At Torrent we have the Roscap® model, a type of screw cap specially designed for high quality wines. It allows great variety in decoration and image in order to adapt faithfully to the brand image.

We believe that the screw cap has a great deal to contribute to the market. If we just look abroad, we can see that the screw cap is beating cork: in New Zealand, the screw cap represents 95% of the market, in Australia, 80%, in South Africa, 65% and in Chile, 63%. This is also the case in Germany, the Netherlands and England, where it is easy to find well-known Spanish wines, such as those produced in the Rías Baixas, Ribera del Duero or Rioja, bottled with a screw cap. The same wines are marketed in our country with a cork stopper but this is because of tradition.

Beyond Spain, especially amongst the younger public, there is a predilection for the screw cap due to the practicality of this system and the efficiency with which it allows the properties of a good wine to be preserved, according to a study prepared in 2014 by IPSOS, a leading company in global market research.

We must also take into account the innovations that the screw system has experienced since its introduction in the market, something that has not happened with cork. The screw cap has evolved into models such as Torrent Roscap®, which enables controlled micro-oxygenation and guarantees the conservation of the wine’s characteristics, its aroma and flavour. In addition, with this stopper, the cork flavour (bouchonné) is eradicated and the perfect conservation of the wines is guaranteed 100%.